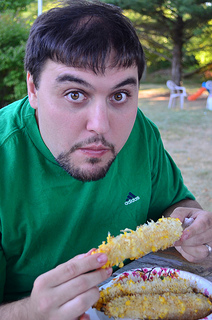 Lately at work we have been discussing a testing style that has been named one assertion per test. Here is another blog post describing this style.

In essence for one-assertion-per-test the goal is to keep all tests focused on one part of the behavior. A couple benefits of this style:

I strongly dislike the one-assertion-per-test heuristic, but I do like my tests having a single focus. I’ve even called it “one focus per test” when discussing this with collegues.

After thinking about it, I have a hypothesis. I think people in the different camps focus on different pieces of code in order to understand something at a glance. Imagine someone showing you a picture of a person for 5 seconds and then taking it away.

Some observers might gravitate towards their physical appearance “what colors are they wearing”, “what does their hair look like?”. Others might focus on their face “what mood are they in?” “is their facial expression telling me anything?”. Other observers might even focus on thing behind the person “where are they at?”

Bringing this back to tests, I put together two versions of a fancy complicated example service called NumberwangService. It’s too easy to get sucked into trivial examples or overcomplicate the context for a specific example so my code uses the business rules to the gameshow Numberwang. (To be fair, most internal business rules feels like Numberwang to outsiders)

My hypothesis is that one-assertion-per-test developers tend to focus first on the test descriptions: 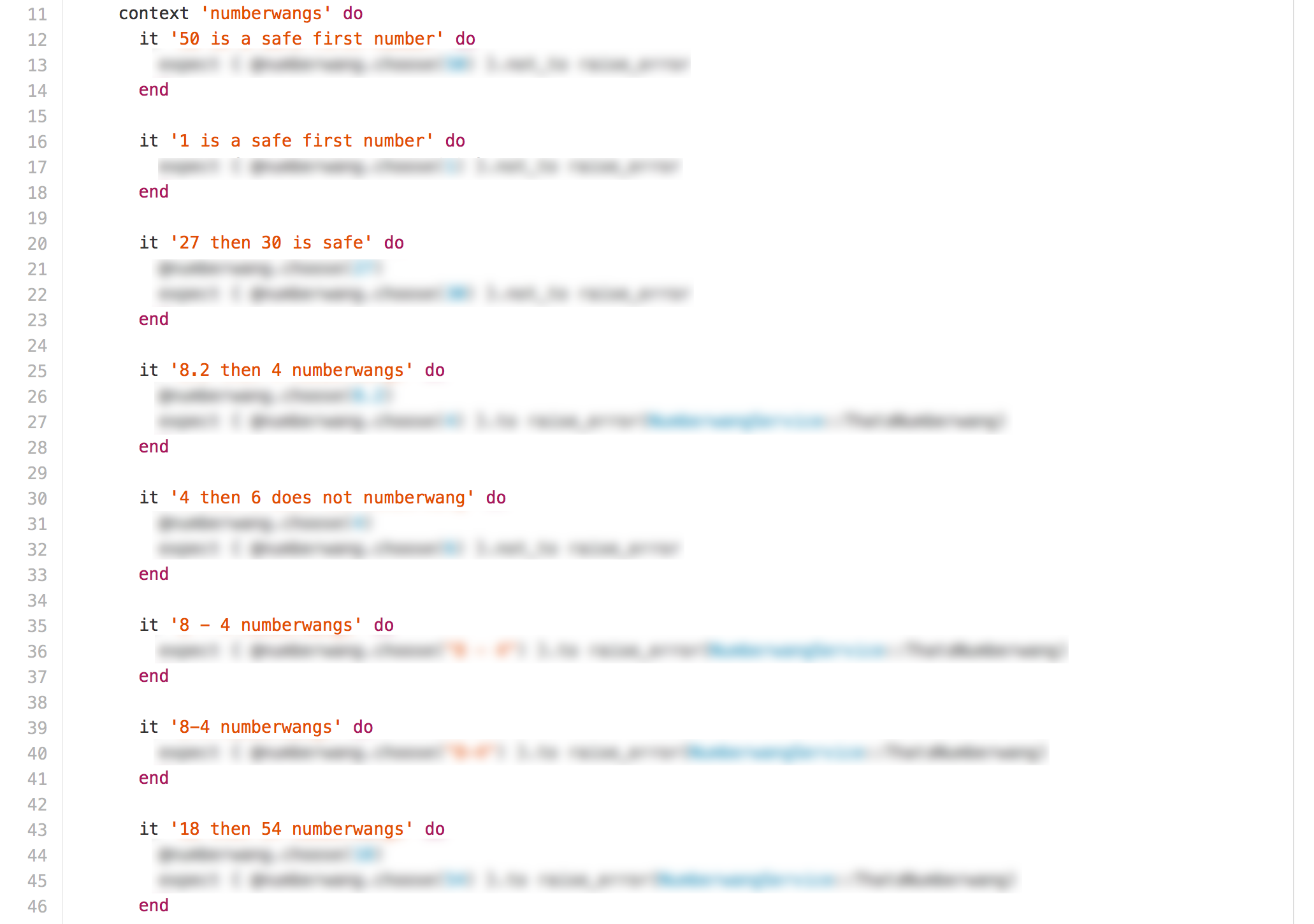 and multi-assertions-per-test developers tend to focus first on the test code: 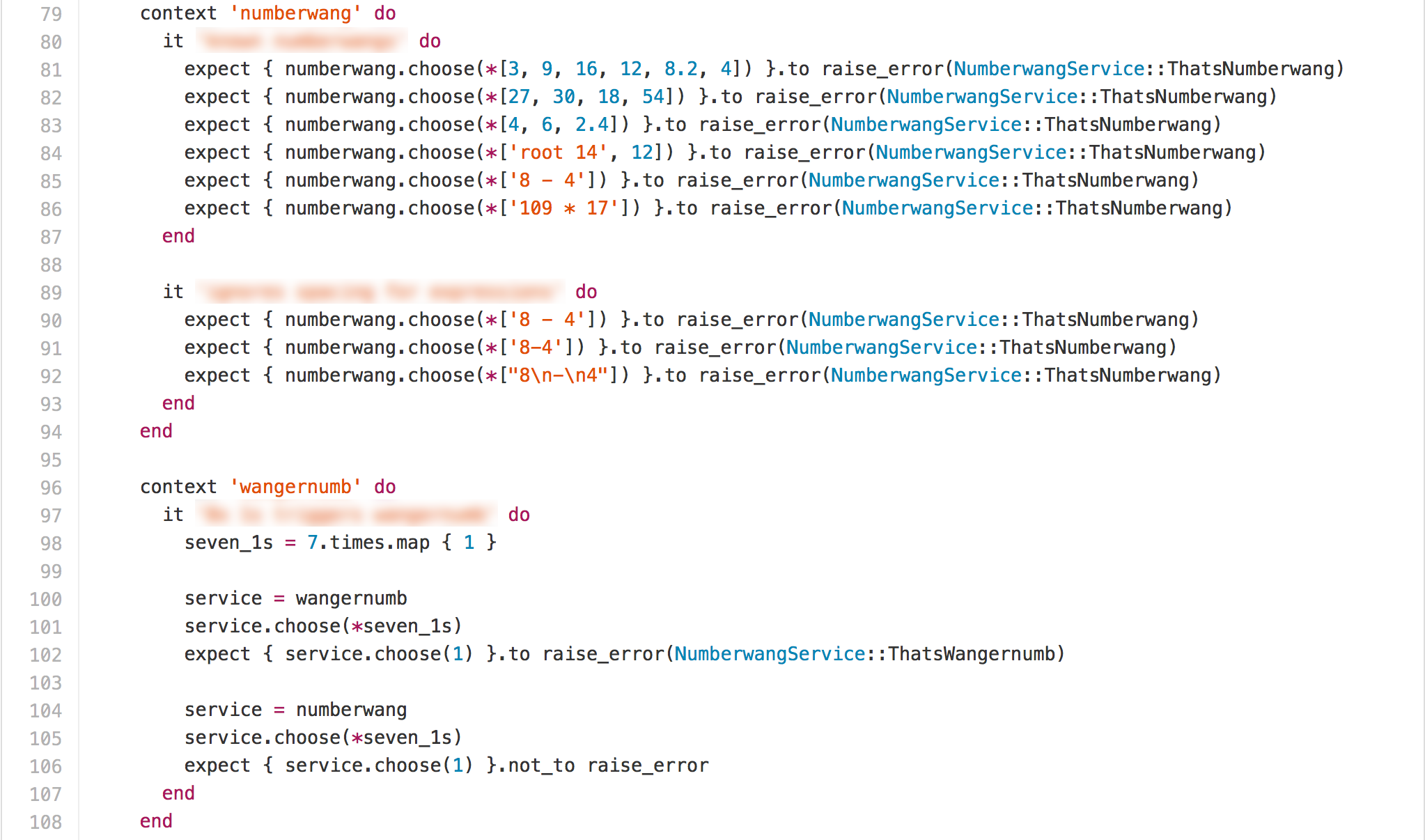 I know that my habit is to focus on the test code itself and that’s why I take time to make tests readable and understandable. Like cohesive paragraphs on a page.